Hey, folks! I’m in Hong Kong for a couple of days. Here’s a brief report. 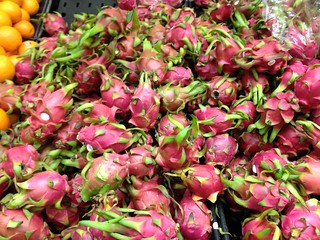 At home in Seattle, Laurie drinks black tea with milk. I drink green tea. Neither of us will go near the other’s tea. She thinks green tea tastes like leftover water from boiling spinach. I think milky black tea is for English grannies. (I have nothing against English grannies except as culinary role models.)

In Hong Kong, however, I’m drinking milky tea several times a day and loving it. It’s called milk tea, and the way it’s made is preposterous. As I understand it: First you brew some very strong black tea, boiling the tea leaves for several minutes until you have an inky, astringent liquor, then strain it through a fine mesh cloth and mix it with heated evaporated milk. Sugar is optional; I skip it. Milk tea is deceptive: it looks like cafe au lait but is smooth, strong, and astringent. It would freak out an English granny.

I had my first mug of milk tea at a restaurant called Australia Dairy Company, a Hong Kong-style teahouse with no shrimps on the barbie. The tea came with a breakfast set consisting of scrambled eggs, macaroni soup with ham strips, and thick toast. The latter can take many forms but in this case was two slices of crustless toast glued together with a layer of melted butter. (Peanut butter is also popular.) None of this was any better than it sounds, and the service was neglectful, but the milk tea was wonderful.

My plan was to have one classic Hong Kong fusion breakfast and then dedicate my other mornings to rice and noodles and dim sum, but the following morning, I had a craving for more thick toast and ended up at a chain restaurant that sounds like a brand of condom: Maxim’s MX. It’s a cafeteria-style place where, for about US$3, I got more thick toast and milk tea, this time with a fried egg, a slice of ham, and a bowl of rice vermicelli soup topped with seasoned ground pork. It was good enough to wipe away the memory of macaroni soup.

Asian chain restaurants are the greatest. You can spend time on Chowhound hunting down the very best pork bun or ramen or wonton noodles, or you can go to a chain restaurant and eat a pretty-good version of what you’re after, without waiting on line or paying tourist prices. American chains are fast, cheap, and not very good; Asian chains complete the trifecta. I quite enjoyed the crispy roast pork belly at the Tai Hing chain, which I ordered with rice and “healthy vegetable”: steamed gai lan with oyster sauce. Gai lan, also known as Chinese broccoli, is HK’s favorite vegetable, sold from huge mounds at streetside vegetable stalls and in plastic bags at urban supermarkets like Wellcome and ParkNShop. I’ve seen many ParkNShop locations; none has offered parking. 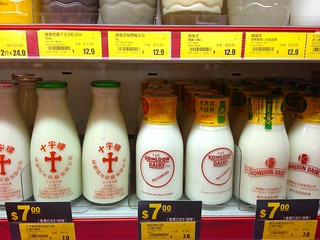 These little supermarkets are wonderful. The Wellcome store down my street is in a basement and is much smaller than an American convenience store but sells enough appealing fresh ingredients to make me wish I had a kitchen.

Now, I’m off to have dinner in a building notorious for murders, electrical code violations, and smelly backpackers.

2 thoughts on “Thick as toast”